Welcome to Asfar’s December 2014 edition of our e-Journal. Our Editors, Writers and Contributors have been working hard over the last 4 months to bring this fascinating edition to all of our readers. With a slightly new look, Asfar’s e-Journal continues to develop in leap and bounds. Asfar’s December 2014 e-Journal, has evolved, unintentionally, into … Continued

As the Gulf region struggles to contain the growing ISIS (Da’esh) threat, discern the potential implications of the war in Gaza, and identify the geo-political shifts that may arise through the re-engagement of the United States in Iraq, one’s focus may meander away from the lack of legal protection granted to women in the Middle … Continued

Having spent the last eleven months in Amman, Jordan, I have witnessed a great deal of social upheaval. Large portions of the Jordanian population are struggling to cope with the multiple impacts that regional crises, such as the ongoing displacement of Syria’s population following its revolution in 2011, are having. What caught my attention the … Continued

Syria and Iraq, these two states have much in common. Both ruled under auspices of Ba’athism and both were controlled by religious minorities within their respective states. The question remains as to why minority groups in both countries ruled for as long as they did; in Syria they still partially do and in Iraq the … Continued

Introduction: For anyone who shows even a passing interest in Middle Eastern politics, they should be familiar with the seeming repetition in contemporary history of the Jews in the Middle East; from the foundation of the Israeli state and the never-ending political turmoil that has made headlines ever since. Perhaps if we are to understand … Continued

In 2011, when Egyptians stood for ‘bread, freedom, and dignity,’ and won their first great victory in ousting former president Hosni Mubarak, they took with them to the streets their memories of police brutality, enforced disappearances, torture, corruption, the destruction of unions and civil society, the slow death of agricultural communities, gender based discrimination, … Continued

At the risk of employing an over-used analogy to emphasise a point, if one were to try to describe the state of relations among Persian Gulf[i] nations to a visiting delegation of extra-terrestrials from Mars, they would be hard-pressed to find a logical explanation for the dearth of good neighbourliness. The region is brimming with … Continued

In this piece, Iranian women’s rights will be explored through visual representation by the analysis and comparison of two of the most prominent Iranian art directors: Shirin Neshat and Jafar Panahi. Women Without Men is the first feature-length film that will be explored by Shirin Neshat. It illustrates the problems faced of women in the … Continued 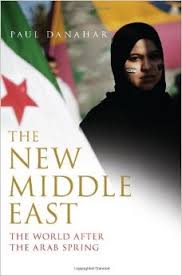 Danahar, Paul.  The New Middle East: The World After the Arab Spring.  New York City: Bloomsbury Press, 2013.  468 pages.   Book review by John M. Thomas, Jr., MA. Thomas graduated with distinction in social science from The Citadel (Military College of South Carolina) in 2012 and currently works as a journalist for The … Continued