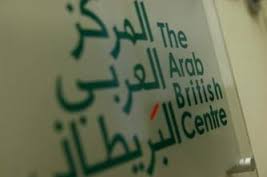 Fresh from becoming the first organisation to receive the UNESCO-Sharjah Prize for Arab Culture, the Arab-British Centre unveils its own Award for Arabic Culture

It is fair to say that 2013 has been a year to remember for all those involved with the Arab-British Centre (ABC). In April, the Centre was awarded the prestigious UNESCO-Sharjah Prize for Arab Culture, becoming the first ever organisation – and the very first British entrant – to receive the award. Following on from this success, the Centre is now re-launching its own Arab-British Centre Award for Arabic Culture, with the aim of recognising individuals who promote understanding of Arabic culture within Britain.

Despite the Arab-British Centre’s august name, these achievements represent the culmination of a journey which has seen the institution go through several phases of development – and very nearly disappear entirely. Established in 1977 and registered as a charity in 1989, by the beginning of this century severe financial difficulties meant that the Centre faced closure, forcing the relocation to the current address in 1 Gough Street. A decade on, in addition to running regular Arabic and language classes, its work encompasses the organisation and promotion of cultural and artistic events relating to the Arab world, including last year’s popular ‘Safar: A Journey Through Popular Arabic Film’ festival at the Institute of Contemporary Arts. Recent events have included book launches and hosting talks, as well event partnerships with the Mayor of London’s Shubbak Festival1 and Reel Festival’s Reel Iraq2, with others scheduled to follow in the coming months.

Over the past decade, it has become apparent to those involved with the Centre that the British public’s appetite for all things Arabic has noticeably increased. Within this trend, it is the proactive role that the ABC has consistently played in promoting a multi-faceted perspective on Arabic culture – beyond the one-dimensional image often portrayed in the media – that has won it plaudits. Indeed, it was in recognition of ‘the various activities and events organised, within and outside the Centre, to promote a better understanding of Arab culture and foster intercultural dialogue’ that Francesco Bandarin, the Assistant Director-General at UNESCO, declared that the Arab-British Centre, together with the Algerian intellectual Mustapha Cherif, received the UNESCO-Sharjah Prize. As recipients of the prize, they join luminaries such as the Iraqi calligrapher Ghani Alani, the Lebanese novelist Elias Khoury and the Spanish medievalist Juan Vernet Ginés, amongst others.

While the $30,000 (£20,088) prize money will go a long way to guaranteeing the charity’s future operations, of equal importance to those involved in the ABC’s work was receiving appreciation of their work. ‘It was nice to know that people are recognising that what we’re doing is important, and that our work isn’t a one-off, but something that we have been working towards for over thirty years’, said Ruba Asfahani, the projects manager and trustee. ‘As our chairwoman, Virginia Forbes, said [at the award ceremony in Paris], this award is getting us closer to our dream of being something along the lines of the Institut du Monde Arabe. to become somewhat all-inclusive, where everything can happen within our building.’

Now, the ABC’s own prize – The Arab-British Centre Award for Arabic Culture – aims to ‘celebrate an individual who has made the most constructive contribution to British understanding of Arab culture in the past two years’ and offers £2,500 in prize money. In addition, the recipient will receive the opportunity to have their work promoted more widely. In reflection of the anticipated diverse backgrounds of potential candidates, this year’s panel includes Maxime Duda, CEO and Founder of Arab New Trends; Rose Issa, a curator, writer and publisher who for the last 30 years has been promoting contemporary art and films from the Arab world and Iran; Deborah Shaw, Associate Director of the Royal Shakespeare Company and Director of the World Shakespeare Festival 2012; and Brian Whitaker, journalist and former Middle East Editor of the Guardian newspaper. It is chaired by Baroness Helena Kennedy QC, who has served as Chair of the British Council, Chair of the London International Festival of Theatre, and is a Trustee of the British Museum and the Booker Prize.

Unlike its predecessor, the Arab-British Centre Award for Culture and Society – which ran between 2008 and 2011 and was awarded to Al Saqi Books, Zaytoun, Liverpool Arabic Arts Festival and Al Jazeera English – the Award for Arabic Culture is aimed specifically at individuals, as opposed to organisations. ‘We realised that individuals can still be affiliated to these organisations but often it’s the individuals which are making a big impact,’ said Ruba Asfahani. ‘We know there are loads of individuals out there who could benefit from this award. The prize money could make a massive impact on a filmmaker or a writer, as it would make the difference between them being able to finalise the project they’ve been working on, rather than to an institution which may already have funding, backing, a great board of trustees and so on.’

Applications for the Arab-British Centre Award for Arabic Culture closed on 26 July 2013. The shortlist will be published in mid-September 2013 and the Winner will be announced at the Award Ceremony, which is to be held at Leighton House Museum, London on 26 September 2013.

For more information on the Arab-British Centre, visit: http://www.arabbritishcentre.org.uk/ and follow: @ArabBritishCent