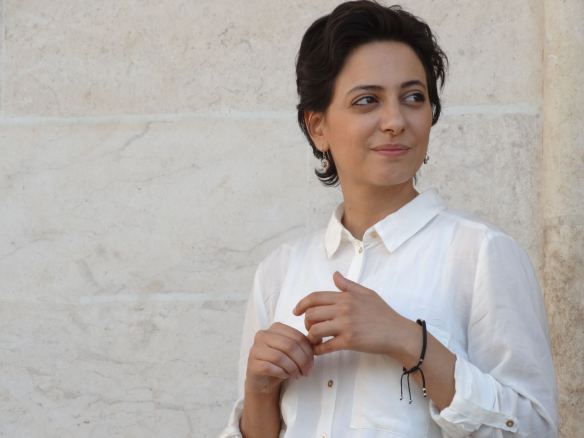 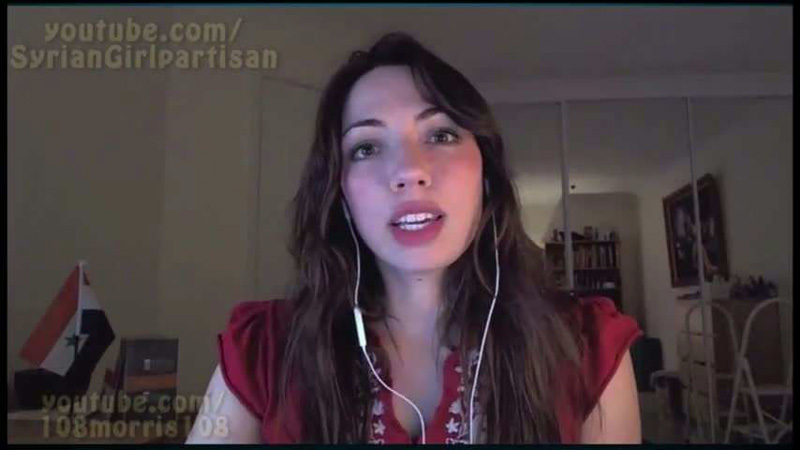 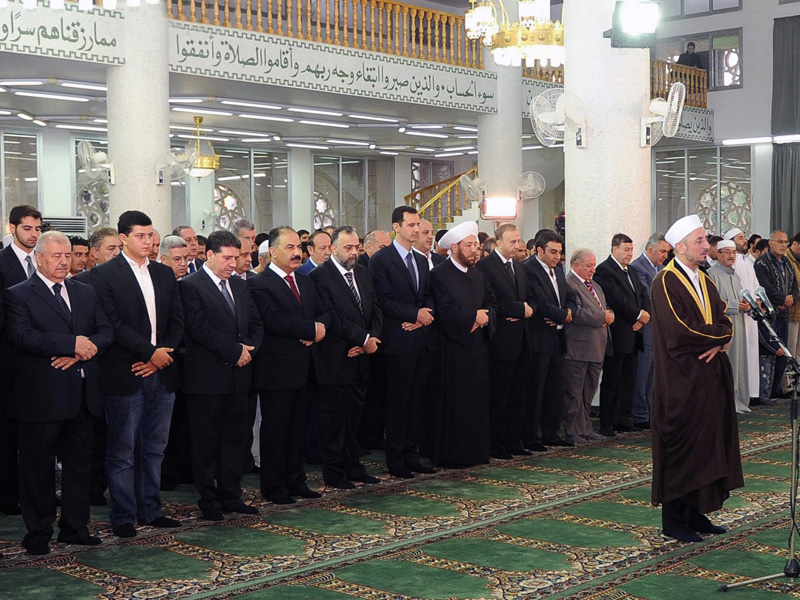 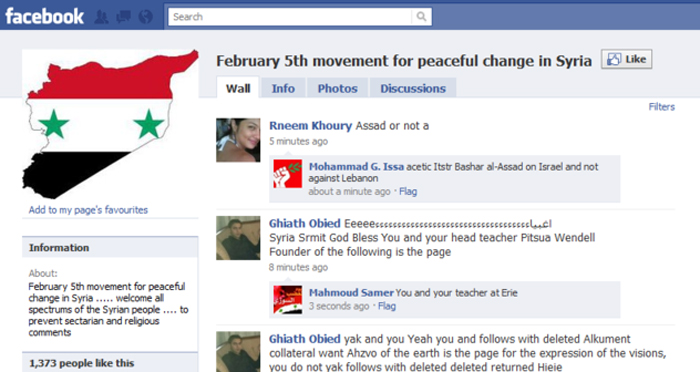 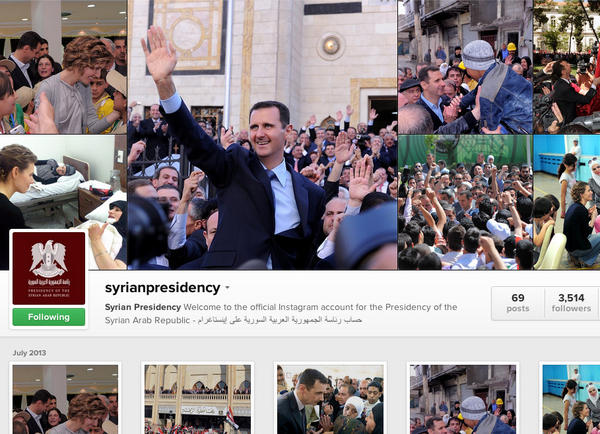 In 2011 I was in Syria when the so-called “revolution” started, after a few weeks one thing became clear: social media would play a pivotal role in this crisis.

In a country such as Syria, where information is held by a dictatorial government, social media has became fundamental in “shaping how the crisis is portrayed and perceived” wrote Middle East affairs analyst Chris Zambelis in July 20121. More than a hundred journalists have been killed in Syria since the beginning of the civil war, such as the prominent Marie Colvin who was killed during the siege of Homs, allegedly by the Syrian army. As a result, O’Neill points out; news institutions are increasingly relying on social media for updates2.

The role of social media has evolved with time. In the very beginning, for the first few months since the protests began in Syria, it was used on every side of the conflict, to inform and misinform. Lately, it has become not only a way to report certain aspects which are censored by the mainstream local media, but also an alternative way to create a kind of structure for the opposition. Its role has become so evident that it has been defined as “the first social media war”3.

To illustrate the complexity of the issue, and the extent to which both sides used social media as a tool of misinformation, and the subsequent complex feelings that society has had in response to the different Social Media input, I will report one episode that occurred in May 2011.

On the 17th of May 2011, YouTube videos accompanied the alleged news of mass graves in Dara’a, a city south of the capital of Damascus. One of these videos showed a geographically unidentifiable field and some form of truck or bulldozer. A fellow Syrian, who wants to remain anonymous, informed me of their doubts about the veracity of it, since the license plate was Iraqi, not Syrian. Their feelings were conflicting and varied, from anger due to seeing such an obviously forged video, to a general sense of exaltation for the events of those days.

Opposition groups have subsequently used the power of social media to give themselves a structured public face in a variety of ways. YouTube exposure has been used to give a brand to their various causes in order to be identified with them, which has in turn been used as the starting point for fundraising on sites such as Facebook. On the other hand, twitter has been used as platform for breaking news to inform followers where the fight is happening. For example, a tweet posted on the 27th of September 2013 by the Free Syrian Army, informed followers of clashes between them and the government army in Aleppo’s main square and in the quarter Suleiman al-Halabi4.

I went to Suq Hamediyye on the 15th of March 2011 after having read the tweet of a protest, which appears to be no longer available online. I arrived there only few minutes later, but unfortunately there appeared to be nothing happening. A while later, a video was posted on YouTube showing the apparent earlier demonstration5. My thoughts were turned; firstly, I questioned whether the video was in fact a counterfeit. Secondly, the demonstration appeared to only last for a few moments, and it seemed as if it was staged with the aim to present discontent to a YouTube audience for a few brief moments. Now, after two years, I believe the answer to be the latter. If that is correct, the demonstrators at the time most probably did not imagine how it could have evolved, and what a powerful tool they had used.

The proof of social media’s importance can be seen, in the way it is used by the opposition rebels, in the intensity of the tortures inflicted on the opposition activists because of their use of social media accounts, and also in the use of social media as a reaction by the government6. For example, the President Bashar al-Assad, who refuses to loosen his grip on power despite the country having plummeted into civil war, earlier this year used an Instagram picture of the man accused of using chemical weapons as proof against the opposition.

As illustrated, both government and rebel groups have made extensive use of social media to finally influence, in their own favor, the international debate.

There are two main points of contention when it comes to social media. Is the use of social media as a counter platform used in an equal way? Or, in other words, is there anyone who is excluded from using it? The second issue, as mentioned above, is the difficulty in some cases in distinguishing genuine from falsified stories7.

The first issue to contend with, is who is excluded from social media usage? Women excluded in most of the social media’s coverage. As Nada Awadi points out; as the protests have turned violent, women have remained outside the spotlight. As she suggests, women have been active in non-violent protest but their work has been more focused on “instilling the culture of self-management of local communities through an informal network of people and institutions”8. According to Nina Shahrokhi, as a result of the cruelty of the Syrian regime many women have been scorched. While, few well known personalities, such as Razan Ghazzawi and the actress Fadwa Suleyman have been using social media to support the opposition, the majority of women remained sidelined. Most of the women supporting the opposition have embodied more traditional roles such as feeding and providing shelter to combatants9.

The episode of the likely faked video of Dara’s mass graves makes use of the powerful medium of social media problematic, although this is not to discredit other events that go beyond my own knowledge.

An answer to the second problem has come from a news agency based in Dublin called Storyfull, which aims to verify social media content. The news agency uses 360 degree verification video equipment. They check if the images are, in terms of time, new and real or old, where the video comes from, the history of the account that posed it, if the weather at that time was consistent with the image and they gets in contact with who shot the video. In Syria, however, as result of the complexity of the wider context, the news agency relies on indirect contacts. The creation of a project such as Storyfull in 2010 is yet further evidence of the importance of the role that social media plays in crises such as this one, and it’s role in the future10.

Having stated that, and to conclude, the role that social media has played, and continues to play, in the Syrian crises is huge. It has shaped and defined the conflict in a way that we have never seen before; where the enemy has different faces, or no face at all, and no defined geographical place. Social media has become even more important, both for those inside Syria and for those outside trying to make sense of what is happening inside the country.

O’Neill, P., (2013) “Why the Syrian uprising is the first social media war” The Daily Dot, 18th of Sept. Available at: http://www.dailydot.com/politics/syria-civil-social-media-war-youtube/ Accessed: 04-10-13

1 “The Role of Social Media in the Syrian Civil War” Media Measurement http://www.mediameasurement.com/the-role-of-social-media-in-the-syrian-civil-war/

#Asfar started a new campaign Woman of the Week to celebrate the achievements of women are too often overshadowed in our unequal society.

Today we would like to introduce to you Tarana Burke, the creator of the #MeToo movement, an inspiration to all!