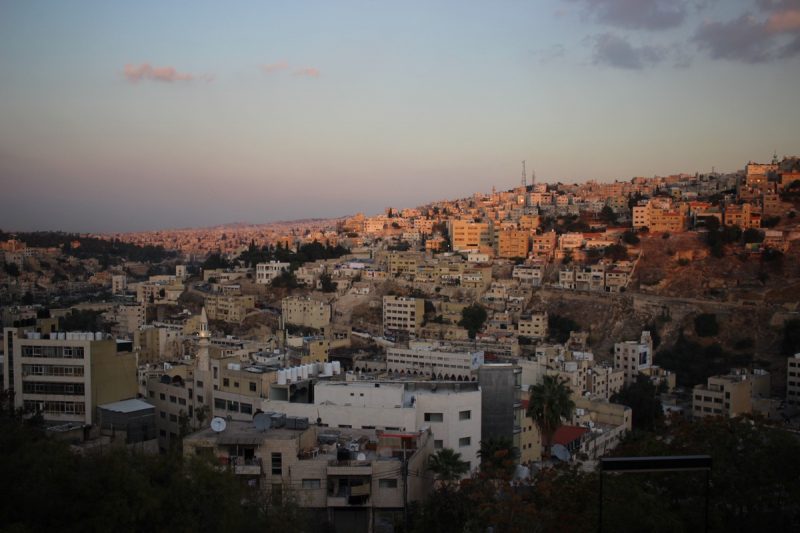 It was the first Friday back after the Christmas break and I’d spent the week trying to re-adjust to the change of pace. The day had not gotten off to a great start upon realising my alarm had failed to wake me and I was now substantially behind my scheduled start of the day. In my slumbersome state, confusion set in recalling the setting of my alarm the night before. My bewilderment subsided however upon realising my mistake. My alarm was still on a Sunday to Thursday weekday setting from the time I’d spent in Jordan prior to the Christmas break for fieldwork. While I had made the 3000mile journey home, my technological device which I depend on for initiating my daily, and weekly, temporal rhythms had not. It was silently and inconspicuously still functioning on a Jordanian week which, following the Islamic calendar, has a Sunday to Thursday working week and a Friday / Saturday weekend. As I rushed to prepare, flustering over the time lost and recalibrating the prospects for the now shortened day, I was confronted once again by the disorientation of experiencing different temporal markers and of what constitutes a workday and a rest or leisure day. While a time difference had been relatively easy to adjust to, the shift of the weekly structure had not. Now upon return I was once again thrown into confusion by this disjuncture between the temporal and spatial structuring of the week and the weekend.

This might be a feeling we can relate to all too well, that disorientation felt by moving through time zones or the bewilderment of jet lag after a long flight. Time also seems to have taken on different dimensions at various points during these long months of Coronavirus lockdowns, social restrictions and isolation. Time indeed seems to have an intriguing way of shaping and changing how we experience and relate to certain spaces.

This was a concept I grew increasingly interested in during a period of fieldwork in Amman, Jordan in 2019. I was there exploring concepts of home amongst the Palestinian Christian diaspora in Jordan. As I spent time with and talked to various members of this community, I noticed how time, and the weekend in particular, was used to talk about some of their experiences of being both Palestinian and Jordanian, of having a relationship to a place called Palestine and a place called Jordan.  It became increasingly apparent that time could literally tell me things about the very phenomenon I was interested in exploring.

First of all, I found that references to the weekend were used to express how the journeys between Palestine and Jordan were, and continued to be, disorientating.  It was not only a spatial distance that was travelled, but a temporal one as well which created disruption and was felt as a disjuncture.  While Sunday is officially a working day in Jordan, many research participants came from places in Palestine with a strong historic Christian presence where Sunday is kept as a day of Christian worship.  Selma, who grew up in the predominantly Christin town of Beit Sahour in the West Bank, shared; ‘You see because it was a Christian place we all had Sunday off together. Everything, all the shops, offices, places like that you know, they closed.  Sunday is a special day there. We relax, go to church, see our family. It is important and all together’.[1] Having met her husband, a Palestinian-Jordanian, through church networks, they now reside in Amman – unable to secure the paperwork to allow the family to live permanently in the West Bank. In making regular trips back and forth between Amman and Beit Sahour, Selma continually tries to balance these two places as spaces of home and familiarity, of both collective and personal meaning.  The temporal disjuncture regularly felt and managed offered insight into this continual encounter found in the complicated nexus between home and diaspora.

Lina, who was born and raised in Amman to a Palestinian Christian family spends her summers and Christmases in another predominantly Christian town Beit Jala, explained ‘because it is Christian Sunday is the special day, and everyone follows that. So everything is closed and it is quiet. The bells ring all day and it is very… um… the word…. serene, yes, serene’.[2] This was often contrasted to the busy anonymity of life in the large, impersonal city of Amman, expressed by Lina through the loss of Sunday as a communal day of worship and rest. This is a loss which incapsulates far more than just a day in the calendar but also much of what the Palestinian experience in diaspora constitutes; the loss of a sense of belonging in one’s own personal and communal home, with its spatial configurations and well as temporal rhythms helping provide a sense of familiarity and belonging.

Friday mornings can offer its own sense of serenity in Amman with families gathering together and attending Islamic Friday prayers. Lina’s own experiences of this Friday ritual was shaped by her proximity to the local mosque being just next door; ‘The traffic is very bad, it is very busy. So busy sometimes we cannot leave, go anywhere’. Temporality clearly makes a difference to the experiences of these places by different people shaped by religious practice and observance. The fact that Lina finds a Sunday in Beit Jala serene but a Friday in Amman busy and inconvenient is testament to how not only space but also time is experienced subjectively. Paying attention to communal temporal markers, such as religious practice and the weekend, can help highlight such dynamics and recognise that those who move, continuously, through space do so through time as well.

Yet, secondly, I also found that the weekend became one of the ways Palestinian Christians expressed how they had worked to embed and integrate into the wider national community, whilst not losing their own sense of identity. I found that many of the participants I met practiced a ‘split weekend’ where Friday alongside Sunday was the weekend, Saturday meanwhile in the middle was a working day.  When I inquired into the origins of such practice I was met with the common response of “it is the Arab way” wanting to emphasise a historic harmoniousness between Christians and Muslims in the region and Jordan in particular, where indeed Christians do enjoy legal protections and relative autonomy over religious practices. This active negotiation of time allowed Christians to recognise the importance of Friday as a day of Islamic religious significance and Sunday for themselves. As a compromise Saturday was a ‘working’ day where schools would be in session and Christian organisations would be open for business.  Time was something both which was used to help define a particular communal group but could also be adapted and reformulated in acknowledgement of a wider majority. This negotiation is key to how individuals and communities deal with the disjuncture and disorientation that might be felt between the movements of places, helping to carve out space for themselves.  There is a resourcefulness and an indigeneity here to both protect what is important but also compromise and cooperate to help establish and maintain a sense of home, belonging and attachment.

As Adam writes ‘we know that the clock tells us the time, but it does not tell us what time is’.[3] While time has been standardised to enable us to have a collective reference point (the history of such is fascinating but alas not the topic of this article).  Yet time also remains a very personal experience as we use it to make sense of our surroundings, being it both physical but also emotional, and how crucially this alters through time’s reoccurring rhythms. Time is something we often seek to control but, in the end, must acknowledge happens on its own agenda. Nevertheless, as I became to wonder, perhaps it is those who have experienced migration and live diasporically, attempting to create and maintain a sense of belonging which extends across multiple places, who are most acutely aware of this.

[1] Pseudonym used to protect the privacy of research participant.

[2] Pseudonym used to protect the privacy of research participant.