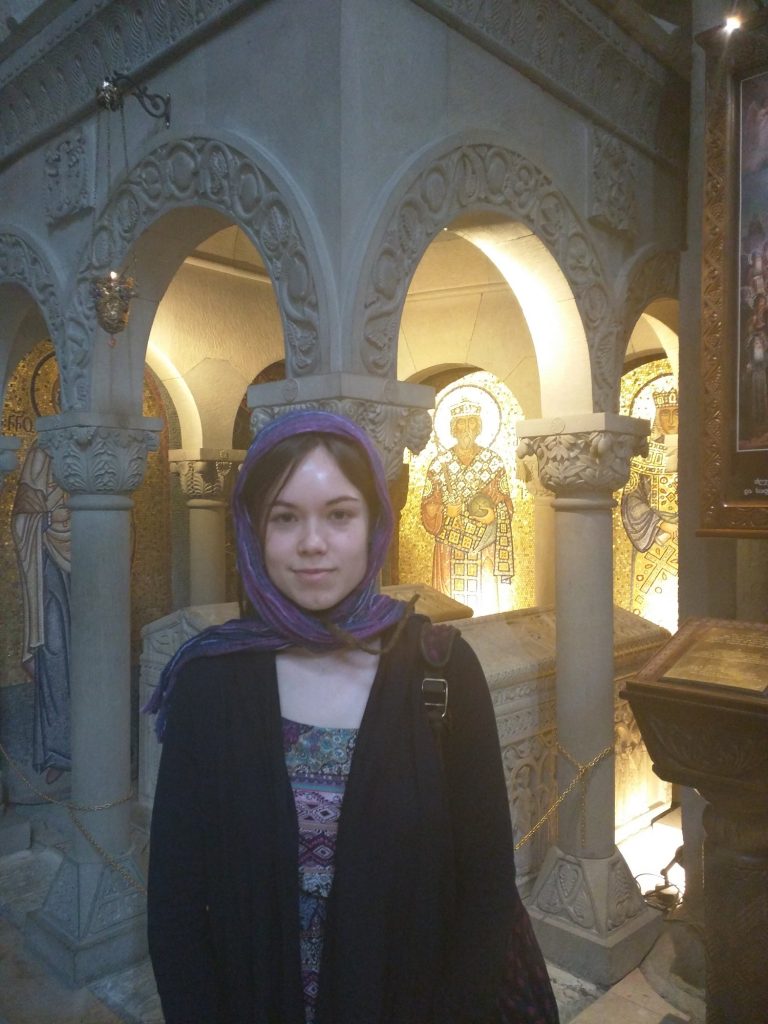 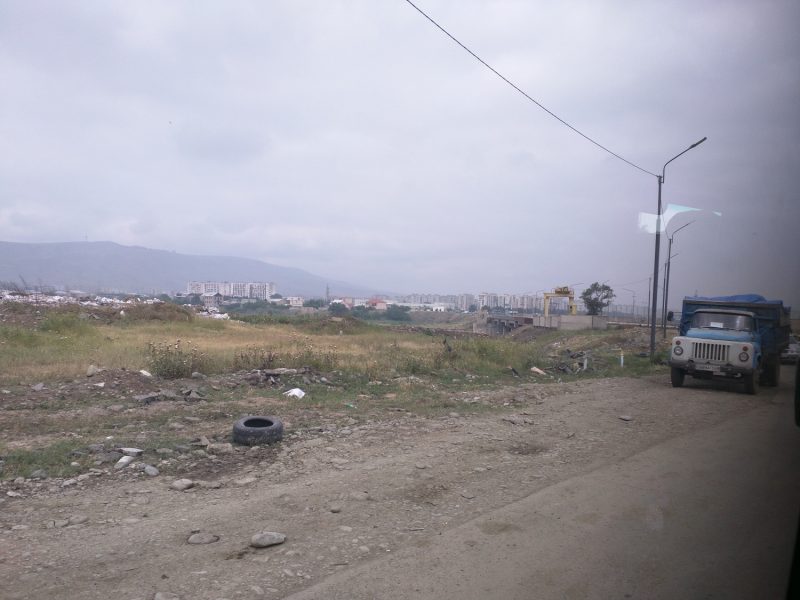 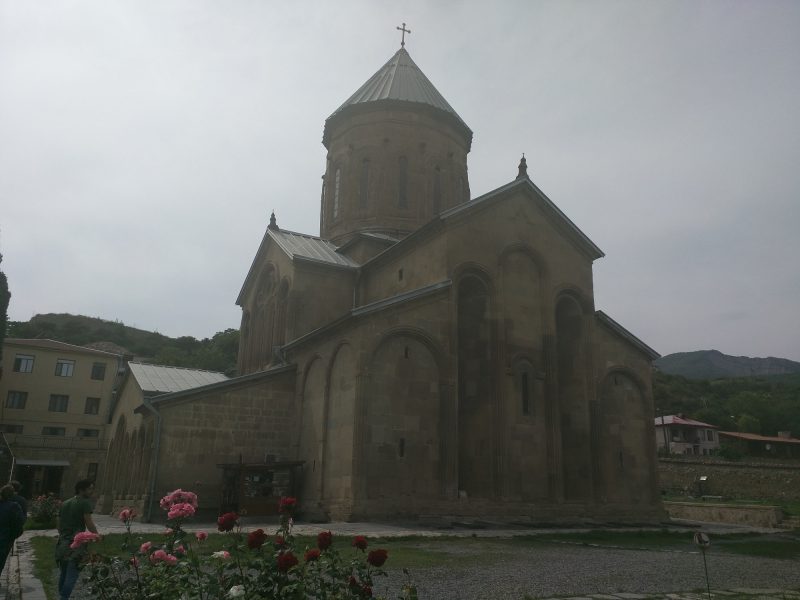 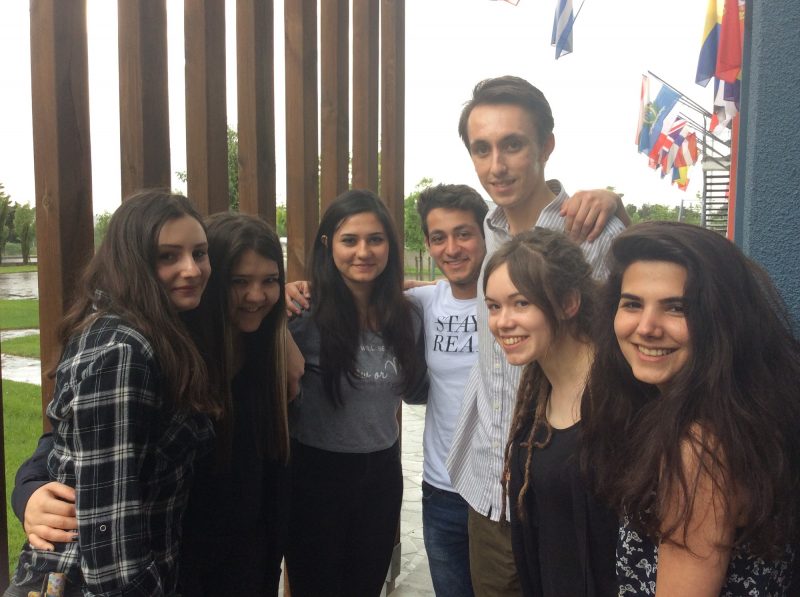 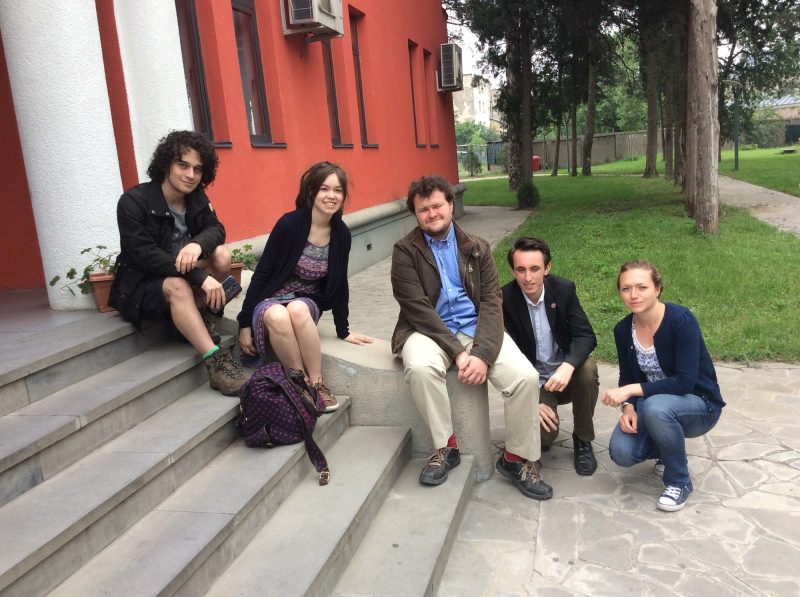 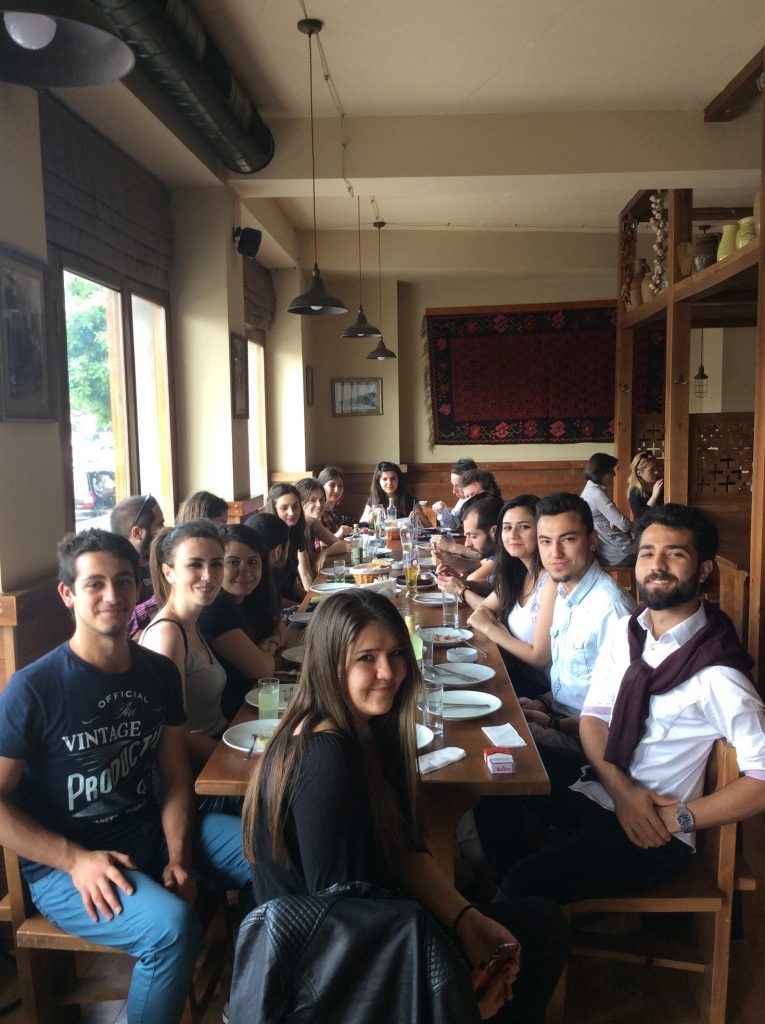 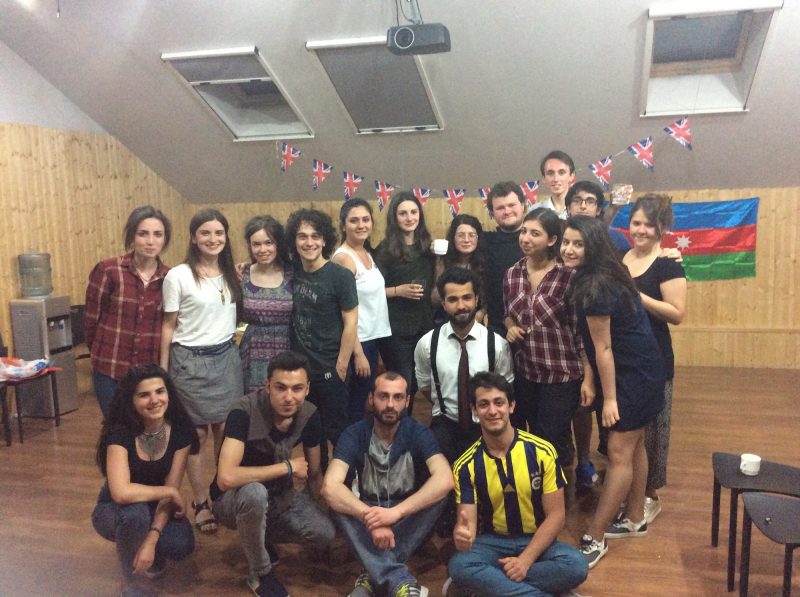 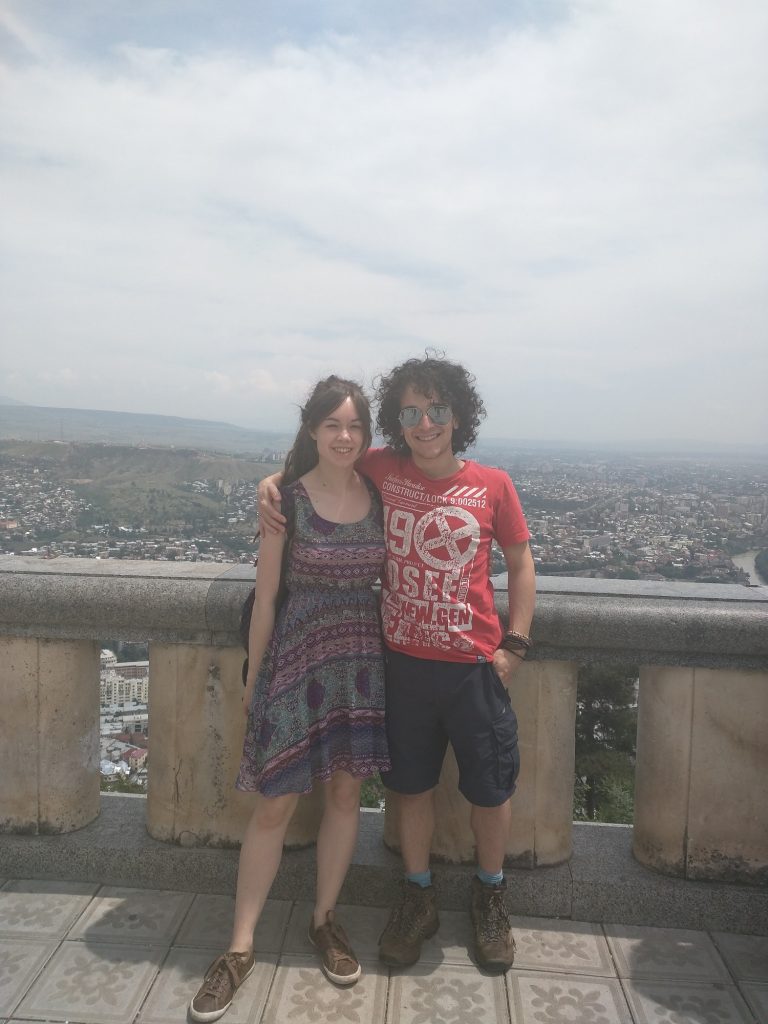 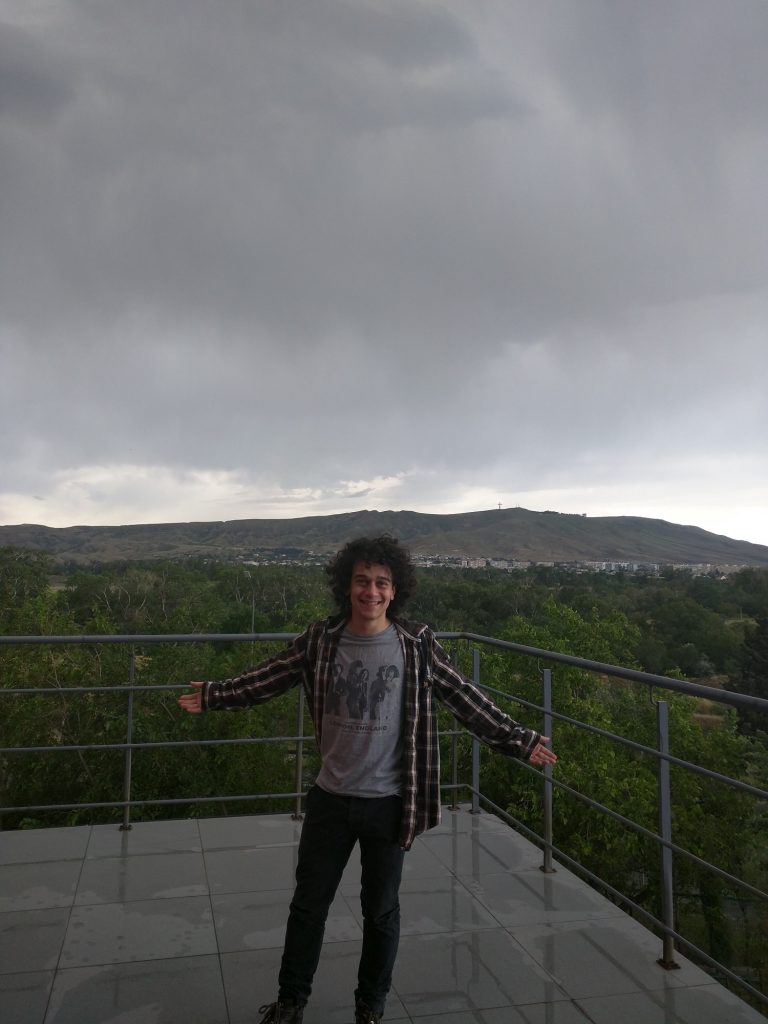 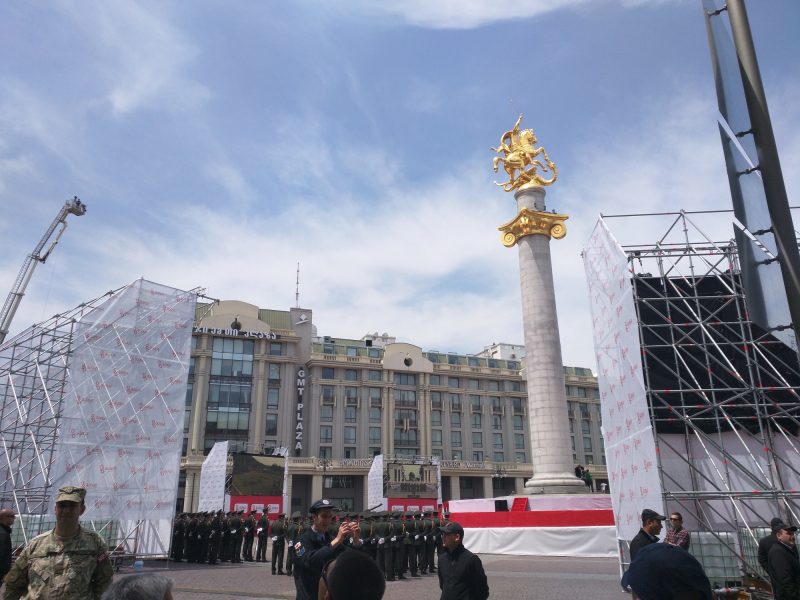 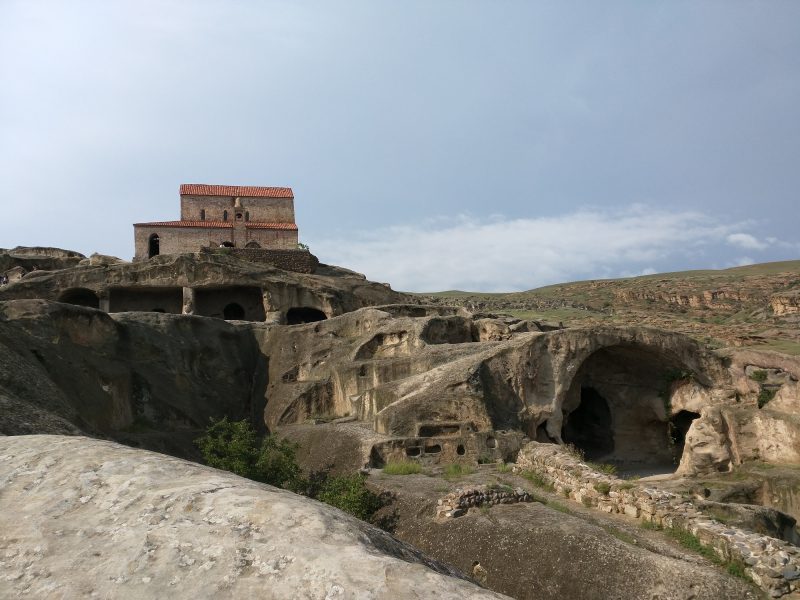 All this has changed in the space of 2 short weeks. The first was when I participated in the first exchange in London and met, for the very first time, 5 people from Georgia.  This week spent getting to know them and their culture quickly gave me the desire to see Georgia for myself.  Thanks to Asfar this was completely possible and one Monday morning 6 weeks later, along with 3 other UK participants and our team leader Elizabeth I found myself preparing to board the first of our flights to Tbilisi.

Georgia is a long way from London so as a logical consequence it took a long time to get there. But when we finally stepped outside of Tbilisi airport with our newly converted Laris I was again filled a sense of excitement. Our first adventure was actually getting to Rustavi, the city where the exchange was based, in the darkness. Public transport had stopped and our only option was to haggle with a whole crowd of taxi drivers, most who spoke no English and were intent on ripping us off. We finally agreed a price and set off at breakneck speed into the night. So far so good until we realised that our driver had no idea where our scout centre was and we didn’t have the address in Georgian so he couldn’t read it at all.  Luckily, after a while being lost in Rustavi,  Elizabeth spotted the scout centre sign and from then on we were no longer hapless tourists but guests in the very hospitable hands of our Georgian hosts.

The first day of the exchange was spent settling in to the scout centre and doing teambuilding activities to get to know the Georgians and our fellow participants from Turkey and Azerbaijan. Every name game proved a challenge for us as we would go on to struggle all week with the pronunciation of Georgian, Turkish and Azeri names! In the evening a group of us had our first experience in a marshrutka, a Georgian minibus, as we headed out into Rustavi to have a drink. We didn’t stay in Rustavi for too long though as Davit, who we’d met on the London exchange, turned up in his car and whisked us off for a walking tour of Tbilisi. Lit-up at night, the city looked beautiful and the Georgians acted as tour guides for us and talked to us about places of interest. My highlight was walking alongside a stream that ran between two rock faces, then culminated in a waterfall. It was enchanting to find a piece of nature so close to the centre of a city.

The next day we spent more time in Rustavi. Even just visiting the local corner shop to see the different things being sold there was fascinating, especially as we couldn’t read any of the writing on anything at all. This was my first time in an ex-soviet town, I found it quite shocking to see how run-down and poor quality the big blocks of flats that people still live in were. This really opened my eyes to the standard of living we’re used to in the UK. That afternoon we did our presentation on British culture and learnt more about the history and culture of Georgia. Just in time for Independence Day…

Independence Day brought us to the bustling, lively capital Tbilisi which was a far cry from the very soviet, subdued city of Rustavi. We walked along the main avenue looking up at the unique architecture of the capital and every corner brought us a new and distinctive stand showcasing the country whether it be Georgian dancing or the police showing off their new cars.

The final day, was my favourite, we were taken to Gori by Davit. Whilst travelling there he showed us the refugee camps and Russian border that was the result of the Russian-Georgian war (2008). It was an extremely poignant to see the results of such a recent war and have the realisation that the people in these camps are in a sort of limbo with the forlorn hope of someday returning to their homes.

It was a real privilege to meet Davit’s family. We were invited into his aunt and uncle’s home who really took us by surprise by putting so much effort into providing us with coffee and cake. We were so touched by how welcoming they were and how happy they were that foreigners, all the way from the United Kingdom, had come to their house. Later that day we went to the cave city near Gori and had a barbecue with some of Davit’s family. The food was incredible and the wine copious and quite strong as some of us discovered with the equally copious amount of toasts!

The tragedy of many countries throughout the world is we that we know them, if at all, for the conflicts that have raged through them. When I thought of Georgia, which let’s be honest was rarely, I’d remember the daily news stories with Russian tanks and bomb shells, and although I’d read about the conflict and about Georgia it was like reading music without hearing it looking at pictures of food without tasting. It wasn’t until I was there with the sights, smells, people and noises that my thoughts of Georgia starting changing from memories of soldiers on the news to the kindness and welcoming nature of its people, the magnificence of the environment and the thrill of seeing a truly unique country. Now when I think of Georgia I think of our Georgian hosts who really exemplify why Georgians are known for their incredible sense of hospitality.

Taking part in a youth exchange with Asfar is a fantastic opportunity. We’re so grateful to have had the chance to explore a country and culture so different and far from our own and to meet people who we would have never normally met. This experience has been so great that now we’re really keen to encourage other young people to participate: we hope to now contribute to Asfar by drawing on these exchanges and volunteering as team leaders on future ones.

The RESOLVE: New Youth Order Online Dialogue Activity provides an opportunity for youth to engage with decision-makers, to share their thoughts, opinions and participate in democratic practices.

Next Wednesday, our next Digital Talks: ‘The (dis)connections between counterterrorism and peacebuilding‘ with Louis Monroy-Sandander, Pontificia Universidad Javeriana, Bogota, Colombia will be on the 29th of July at 5pm UK time/6pm CET.