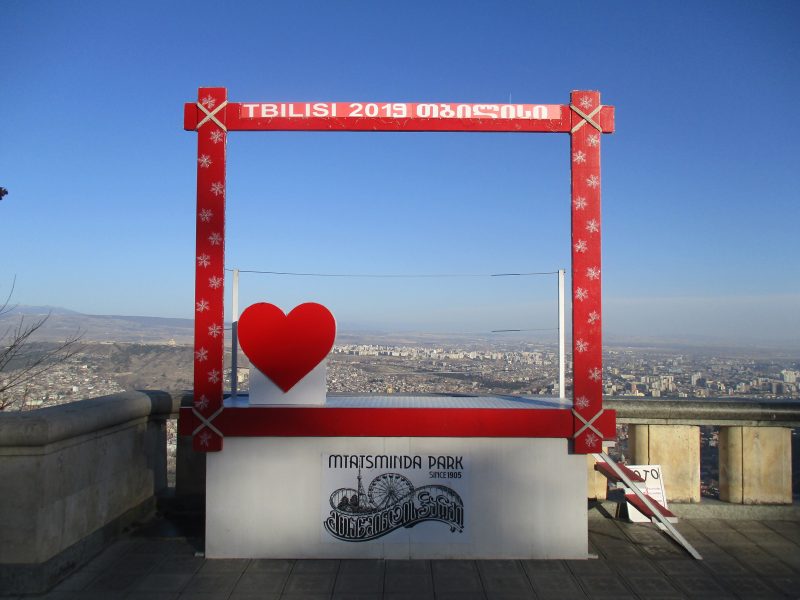 A personal essay on the difficulties and dangers of categorising countries to regions.

“Where is Georgia, exactly?”

This was a question I was asked many times before, during, and after my trip to Georgia in 2019. Invariably, the preceding exchange was this:

“Georgia? The US state?”

“No, Georgia, the independent country.”

And then: Where is Georgia? I thought at the time the question was just a mildly embarrassing reminder of the flaws in the UK education system. But gradually I came to realise there are deeper dimensions and no easy answer.

Generally I described its physical location with some variation of, “Just underneath the bottom left corner of Russia, then Turkey’s to the bottom left of Georgia, and it’s, er, just above Iran, and then all the stans are to the right.” As a purely geographical answer, that is moderately accurate, if not helpful. As a philosophical or cultural answer, is it either?

In the notes I made during my trip, I remarked that Tbilisi reminded me of both Prague and Amman. In a physical sense, I added, this is just because all three cities are hilly, with the centre lying in the bowl of the hills. But Prague and Amman have very little else in common. Architecturally, culturally, linguistically, they are distinct. Why, then, did I see them both in Tbilisi?

Later in my notes, I recorded my visit to the Georgian Orthodox mothership, Sameba, and made a similar observation: that I was reminded of Hallgrimskirkja in Reykjavik and the Palace of Parliament in Bucharest. Again, these were sensible and valid superficial comparisons: Hallgrimskirkja is another big, eye-catching church, and the Palace is another building that is far bigger than it has any right to be. But they have nothing in common. Why did Sameba bring them to mind?

I tell you this because these conversations and comparisons are, or should have been, an early indicator that I was approaching categorising Georgia from the wrong direction. Literally. I am a student of Russia and Eastern Europe by vocation and training, and so, consciously or unconsciously, I looked on Georgia as another one of the ex-Soviet family, another one to visit, tick off my list, and file in the former Soviet Union box in my head. I was approaching it from Russia, merely the most recent of its imperial oppressors. When it did not fit neatly into this bracket, however, my instinct was to look for another – resulting in the dual-deja-vu experiences I had whilst wandering Tbilisi. Or at least this is how I explained the emergence of the new dimension which came into play as I ventured further beyond the capital. Foreshadowed, perhaps, by my instinct to hold up Tbilisi and Amman and compare them to see if they fitted the same pattern, I began to ponder whether Georgia was, in some way, in the Middle East.

As a citizen of two island nations, one of which is pretty small, signs like this always interest me. I like emerging from the Channel Tunnel in France and seeing destinations in Belgium, Luxembourg, and Germany signed already. When I lived in the eastern Czech Republic, I took great glee in going on day trips to places which were not far away, but which were in other countries – Slovakia! Austria! Poland! Hungary! – simply because I could. There is a certain kind of romance in the idea that if you keep walking (or driving, or stay on the train) you will end up in a foreign country.[1] (This may also be compounded by the fact that Russia, on which I base a lot of my international comparisons, is vast – you can sit on the train for a week and still be in the same country).

But in this case, there was more to it than merely the idea of travelling overland for hundreds of kilometres and ending up somewhere else, and that was the idea that you could walk (or drive, or cycle) to Iran. Tehran is not only eleven hundred kilometres from Tbilisi – it’s also well-known for being firmly in the Middle East. And that’s a whole different cultural sphere, a totally different family of countries – or is it? Where does the Middle East start and stop? Iran is in, Turkey is in. Or are they? It seems to have very malleable edges. Is Georgia in it? Does it have a claim to be?

The Middle East is not something I think about much. I have a shaky grasp of the issues and news emanating from it, and tend to frame my thinking around the UK end of them: our policies on migrants, our drone strikes, the aid we send, the sanctions we impose. I have only visited two countries that could be considered Middle Eastern, and had a cotton-wool-wrapped, touristy experience both times. Any novels and films I consume featuring Middle Eastern countries require constant googling to get a Wikipedia-level understanding of the things in the story. In short, I know it is there, I have enjoyed my tourist-level exposure to it so far, but it is on the edge of my geopolitical interests and so I tend to think of it as something exotic and other, partly unknown.

Georgia, however, isn’t really an unknown in the same way. It has not got much in common with its former Soviet Union roommates: Russian cultural dominance is not as complete as you might expect, given that they share a border (and Russia is constantly pushing the boundaries, literally). Soviet structures seem superimposed on the landscape like stickers, and outside major urban areas you get the feeling that the villages have always looked like that, regardless of who has been in charge: houses on stilts, clay wine jars buried out the front, vines out the back, donkeys roaming. Georgians also (and this is an extremely subjective judgement) seem to have a different outlook on life to their ex-Soviet-compatriots over the border: sunnier, less nostalgic, less fatalistic. Despite two hundred years of rule from Moscow, it never really absorbed Russian, or later Soviet, norms. And yet because it was lumped in with Russia for so long, the shared history is always there, and you can look for the Russian bits and see them, like looking through a coloured lens.

And yet it is not really European, either. It certainly wants to be aligned that way and tucked into that docket – modern, progressive, cosmopolitan, able to call on its friends in Brussels for help. But this is at least partly a pragmatic choice: one thing it has in common with its ex-Soviet ex-unionmates is the desire to position itself in opposition to Russia. Take away Moscow, Moscow’s satellites, and Tehran and what do you have? Brussels and Ankara. Turkey may be next door but it does not have the pull and power on the world stage Europe has, so Brussels it is.

Which leaves us where? Back where we started, having eliminated all the surrounding blocs except the Middle East. It’s tempting to assign it south and westward to this bloc, but it does not fit there either. Admittedly, there is much contention about whether the Middle East is a cohesive bloc anyway (and as I am not a Middle Eastern specialist, I have a very simplified view, remember). But I still think Georgia would be a misfit, however you slice it. The religious-cultural context is Orthodox Christian with extra legends. The language certainly has no relation to anything outside the Caucasus. And the most recent colonial context (as Georgia spent much of the mediaeval and early modern periods fighting Iranian and Turkish invaders) is Russia. There’s not much in common between Georgia and the Middle East – even allowing for how nebulous a concept ‘Middle East’ is.

There is, of course, the rest of the Caucasus to think of. But I think it is wise not to lump the Caucasus in with itself either. As a geographical descriptor, it is a useful way to describe that crossroad of land masses. As a cultural one, it has almost no value: despite being a tiny strip of land, the linguistic and cultural diversity makes it difficult to define it as a region with common characteristics. So I would not really include it in the list of candidate regions for Georgia.

And that, I think, is part of the answer to “Where is Georgia, exactly?” Does it have to be anywhere, assigned, filed, tidily confined to a region?  After much thought, I think not. It is not anywhere in relation to anything else. Georgia is not below Russia, or to the right of Turkey, or above Armenia and Iran. These places are above, below, and to the sides of Georgia. Categorising it does not help us to understand it. It is not really European, or Middle Eastern, or ex-Soviet except in a strictly literal sense. It is its own thing, occupying its own place: an uncategorisable space.

[1] Planes are very different. Physically lifting off and flying over the land and sea means you miss the experience of changing country. It’s less immediate somehow. The same is true of sea travel.